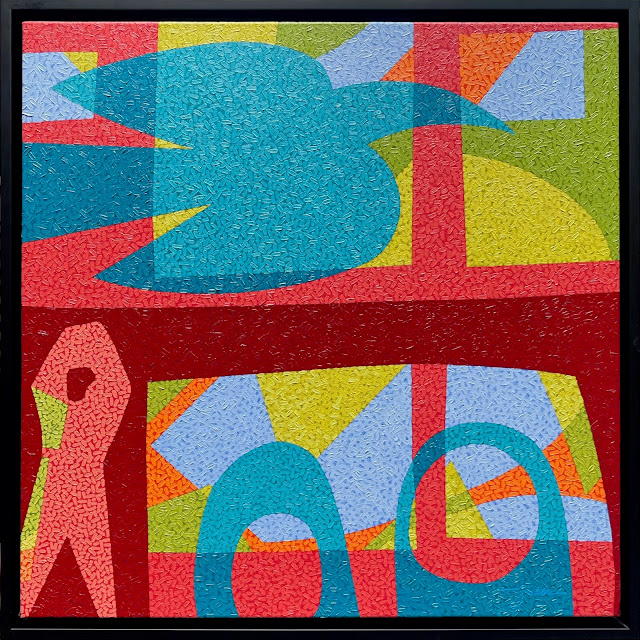 Mystras, an oil on canvas painting is my contribution to the 2021 Vashon Center for the Arts Gala Art Auction at Vashon Center for the Arts Gallery.
The auction begins First Friday, September 3, with hundreds of works generously donated by island artists, as well as dozens of unique one-of-a-kind experiences. Bidding will take place for three weeks from September 3 until September 24 and will close at the start of the Gala Livestream event at 7PM on September 24. All items will be featured online and in the VCA gallery. If you'd like to see the art in person, gallery hours are Wed thru Sun from 12-5PM.

Mystras is named for the archaeological site and Byzantine city in the Peloponnese of modern Greece, where ruins of churches and palaces, houses, and bridges, were built on a steep mountain slope. Its ruins tell the story of a beautiful city that once flourished as the provincial capital of the Byzantine Despotate of Morea. Founded in 1248 by William II of Villehardouin, Frankish Prince of Achea, one of the crusader states established after France, Venice and the Holy Roman Empire carved up the Byzantine Empire after the Fourth Crusade.
Mystras, as provincial capital, crowned the last Emperor of Byzantium, Constantine Palaiologos, in 1449. The city fell to the Ottomans in 1460 and thereafter Turks and Venetians took turns in occupying it until the 1830s and the Greek War of Independence when the city was abandoned.
Brian Fisher Art Brian Fisher Art Studio Mystras Oil on canvas Vashon Center for the Arts VAshon Island VCA