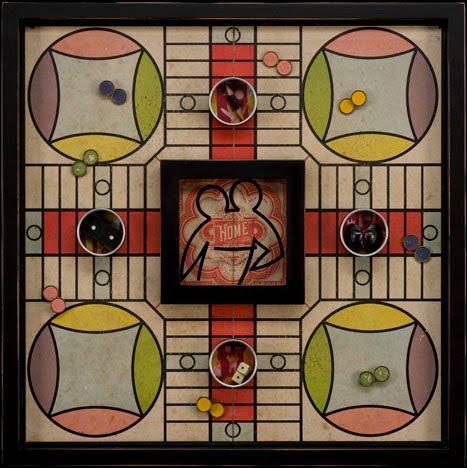 I have introduced a doubled ended pencil in this game of conjoined twins as a symbol for two sides to every story or a way to keep score, a bivalve as two haves which make a whole and protect the core which is home, a set of dice, each identical, that will in combination always be greater than the one, and the double white pip on black domino, symbolic of mirrored opposites that appear exactly the same. 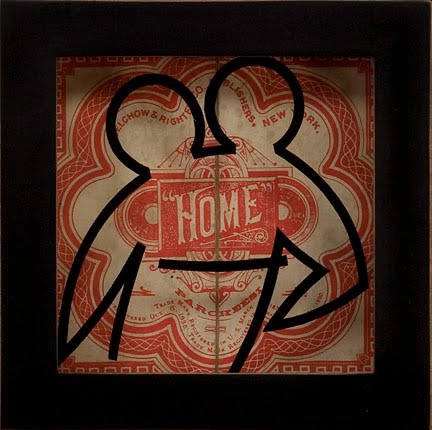 The UnClad Show! Guardian At Play 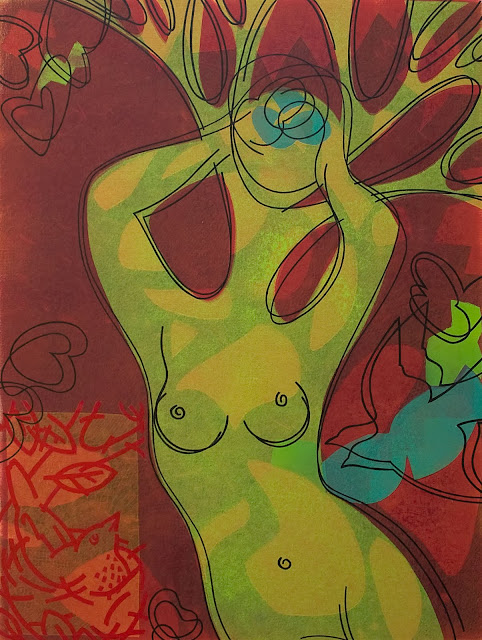 Gallery by the Bay in Stanwood Washington is presenting, Unclad the 9th annual festival exhibition celebrating the nude figure in art.  The opening is Saturday, March 13th, 11 AM to 8 PM.  Come meet the artists, view the show, check out the related gift shop, listen to live music, and enjoy the party!

The images above and below are my entries for Unclad. My Monotype, Guardian at Play, (above), is about the inseparable relationship of humanity and nature and a visual reminder to play well with others.

My Monotype, First Morning, (below), is about the realization that each day is defined by what we assign meaning to; that the Realm of Possibility, we are born to each day, has infinite boarders.  In addition to these images I will also have 24 related (unclad) images for sale as cards during the exhibit.

Gayle Picken, is the founder and director of Gallery by the Bay.  She and her staff of enthusiastic volunteers have put together this remarkable show, (March 13-28),  featuring work by 108 artists from across the United States and Canada as well as a series of inspired and related events.

To find out more about Gallery by the Bay and preview Unclad artwork click here: http://www.uncladart.com/ 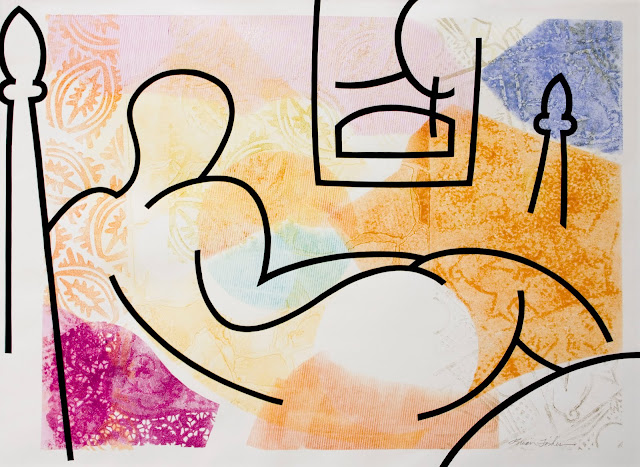 Posted by Brian Fisher at 5:09 PM No comments: 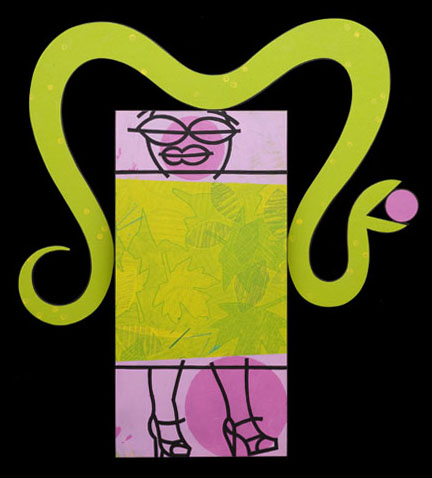 The wonderful people at Bainbridge Arts and Craft Galley are putting together another fine show!  I just returned from dropping off my own work and had the opportunity to see some of the exceptional images and objects all made in the name of Art Couture.  The opening is March 5th from 6-8 PM.  The show will be up through March 29th.

Today I am posting Eve Modeling Ready-to-Wear: The Garden Collection. She along with Kali: Fashonable Diva were printed, painted and assembled for the Art Couture exhibit.

After seeing “Eve” a friend suggested I had obviously been channeling my pink and green inner Barbie.  Well, it may be true.  And perhaps a little Barbarella, Pia Zadora, and my very own Aunt Eva.
Though "Eve" could not be Eve and certainly not haute Couture without her Snakey-Do.
Eve Modeling Ready-to-Wear: The Garden Collection is a Monotype Print and Wood, Assemblage. 20.5”x 18”x 2” Photo by Charles Backus.
Posted by Brian Fisher at 8:14 PM No comments: