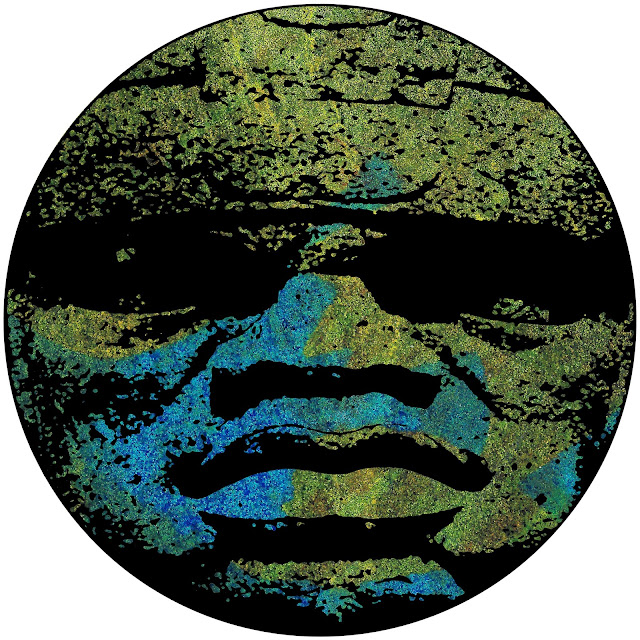 This Sacred Circle "La Venta" is from my series about sacred sites and sacred geographies.  It's a Ltd. Edition, Original Digital Print, (1/12).

La Venta was an Olmec civic and ceremonial center located in the present day state of Tabasco Mexico.  The Olmec civilization is considered a mother culture of Mesoamerica and flourished between 1600 and 350 BCE.  The La Venta site contains an elaborate series of buried offerings and tombs, as well as monumental sculptures.  One of these 9' tall sculptural heads is the inspiration for my print "La Venta".