April 16, 2020
Easter weekend I made these bench hooks for safely carving linoleum blocks like this one of "Leo and Lang", from my Love Puppet series.  the smaller bench hook is great for 4 x 6 in. blocks and with the larger one i can cut 8x10 in., 10x12 in. and in between! 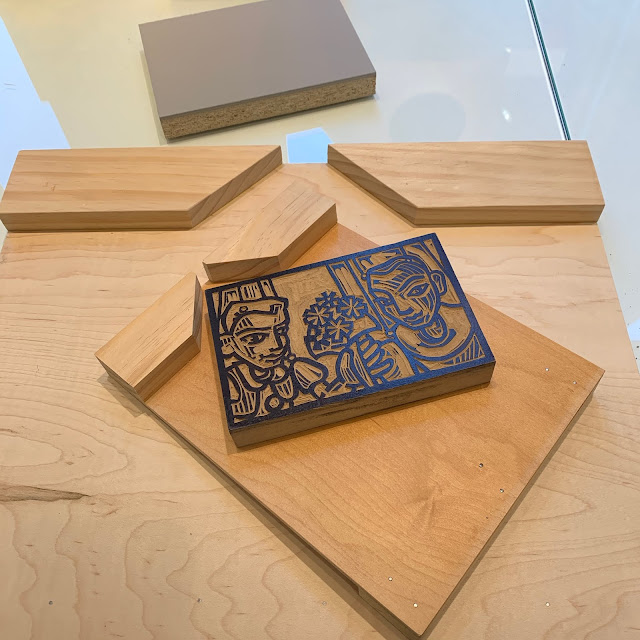 “Mind Walk”   is one of my monotype prints in the Black / White Show at Roby King Gallery, 176 Winslow Way E. Bainbridge Island, WA, May 7-30, 2021. Before Google or the printed page a trained memory was vitally important and the only way to retain and share knowledge.   Across cultures, but particularly in Greece and later Rome, humans created elaborate memory systems known as Mnemonics or memory devices named for the Greek Goddess of memory, Mnemosyne.   Based on strategies of association of "places" and "images" with the desired subject to be remembered, these techniques aided in the retention of information and its retrieval.
Read more