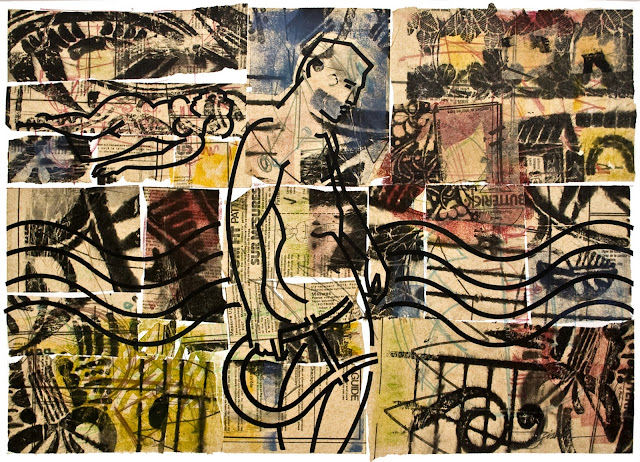 Orpheus and Eurydice, my contribution to this years Art Auction, is a mixed media work incorporating Monoprint process and drawing over and under vintage dress patterns.

Mythic Orpheus was a gifted musician.  From his father and mother, Apollo and the Muse Calliope, he inherited a mastery of the lyre and a heavenly voice. No god or mortal could resist his music and even the rocks and trees would move themselves to be near him.

Eurydice felt no differently.  When she came to hear him play the lyre and sing, she, they, fell deeply in love and soon after were married.   They were as happy as only love can make two people until the day Eurydice was bitten by a viper and died.

Orpheus wept.  His grief was so great that he devised a plan to change the natural course of life and death.  Armed only with his great musical gifts, the lyre and ethereal voice he descended into hell singing his plea that Eurydice be returned to him.

Hades and Persephone, the King and Queen of the dead heard his soulful song of despair, wept for his loss and granted the return of Eurydice.  There are of course conditions and rules in Hell, the fine print in every bargain.  So Orpheus agreed.  He could not, would not, look upon Eurydice until they had reached the light of day.

Now with a song of joy, his eyes straight ahead and reassured by the sound of footsteps behind him, Orpheus played their ascent from the darkness of Hell. The moment that he stepped into sunlight he turned to embrace his wife but- where was she?  In panic he turned he searched to see, dimly, briefly, Eurydice, who had not yet stepped into the light of day, fading into eternal night. 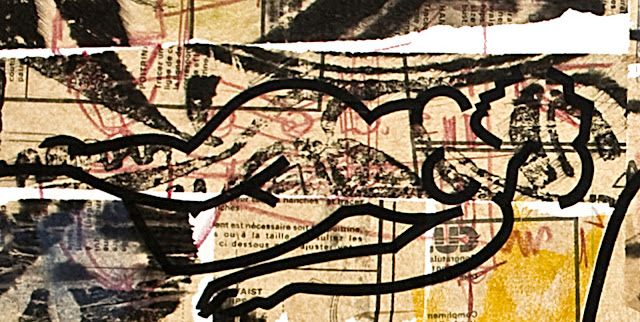