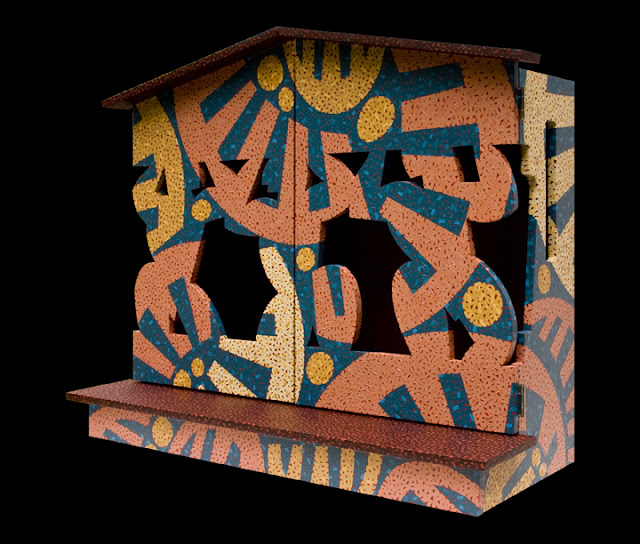 The world turns.  It’s a fact.  I first witnessed the proof on a black and white Zenith TV.  A peg legged modern marvel and the centerpiece of my Middle-American living room.  The date was 1969 and US Apollo Mission Eleven had just landed Neil Armstrong and Buzz Aldrin upon Earth’s moon.  There for all to see from a totally new perspective was Earth, our (black and white) home, spinning in space.

Untangling my thoughts to blog about a video and TV cabinet I made for a friend and patron has been difficult.  Telamones was designed to conceal (and reveal) a flat screen TV.   In the process of creating the cabinet I thought  about many things relating to TV and how historically the information we receive informs and shapes our perceptions.  In each epoch our worldview is framed by technological advances and of course the culture  into which each new technology is born.

My father told me he first saw a “murky” television image in 1932 at Kansas State University in Manhattan, Kansas.  His second time to see television and a broadcast image was in 1939 at the New York World’s Fair in Queens, New York, within the RCA Pavilion where he watched a (live) broadcast from another site at the fair. I wish that I had asked him how those first TVs were housed or if there were any cabinets at all in the “Golden Age” of Television.

My cabinet Telamones references the Titans of another “Golden Age” when once upon a time, we “knew” that giants held apart the Sky (their father) from Earth (their mother).  It’s decorative gears are painted as pixels representing the Cartesian or measurable world we, who are now living, were born into. 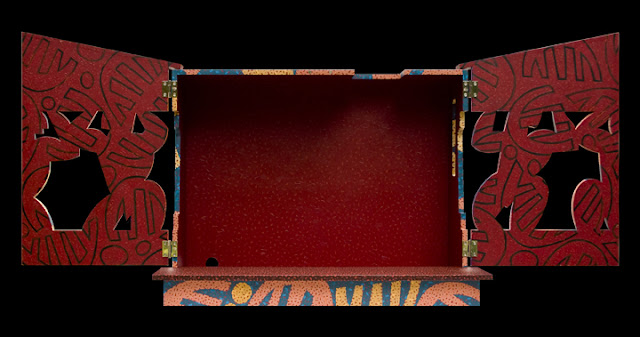 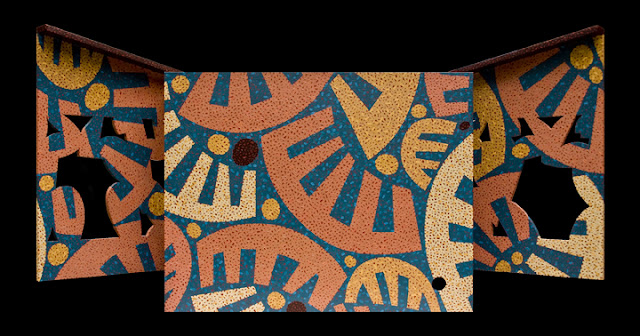