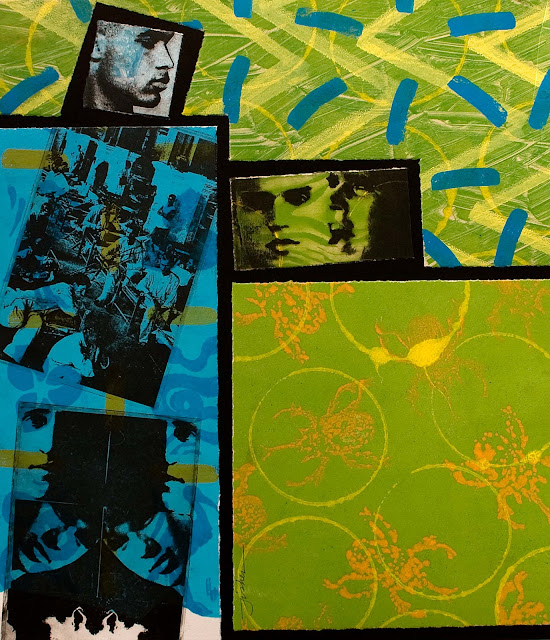 Today I have been looking through older work trying to decide what I might show in Vashon Allied Arts Archives Art Sale at the Blue Heron Gallery. I came up with several collaged monoprints from a series dating from and referencing the invasion and occupation of Iraq. In 2003 we were being bombarded by euphemisms to sell and provide cover for war. Preemptive War , promoting a war to prevent war is a good example, as is Collateral Damage , people killed in military actions who were not the intended target. How about Enhanced Interrogation ? I mean torture. I was offended and thought a print series highlighting these tittles of misdirection and militarization of the US media was an appropriate response. The print titled I Don't Know But I've been Told , (originally words from a military marching cadence,) is about people's willingness to believe. Without question, they march in the direction they are told. The
2 comments
Read more
May 18, 2009 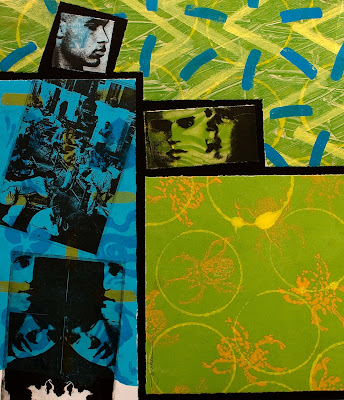