Showing posts with the label spirits of the trees
Show all 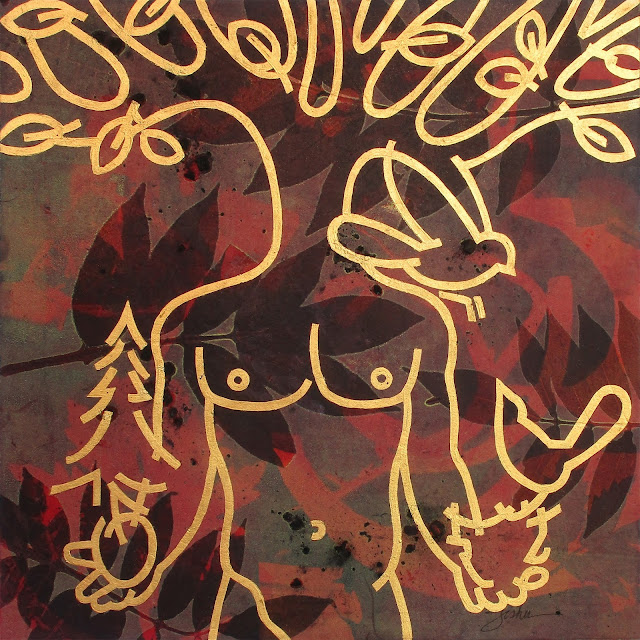 Brian Fisher, "Kodama"  Monotype print with gold leaf, 12 x 12 in. Indigenous cultures around the world revered special trees or rocks or unique aspects of their homelands.  Japanese myth speaks of Kodama, deities who dwell within or among the trees and groves they protect.  One of the oldest references to the Kodama is the book Wamuryorui Jyusho or Japanese Names for Things; written 931 – 938 CE.  In this dictionary Kodama are defined as spirits of the trees . Early Japanese lore described the Kodama as either invisible or indistinguishable from trees but over time Kodama took on human aspect.  There are stories of Kodama falling in love with humans and assuming human shape to be with their beloved much like the Greek myths of Dryads, humans and gods. My monotype "Kodama" was made for exhibition at Roby King Galleries November 3-27, 2017 where Denise Kester and I will display our individual interpretations of myth in print and paint.
Post a Comment
Read more
More posts