Showing posts with the label el Faiyum
Show all 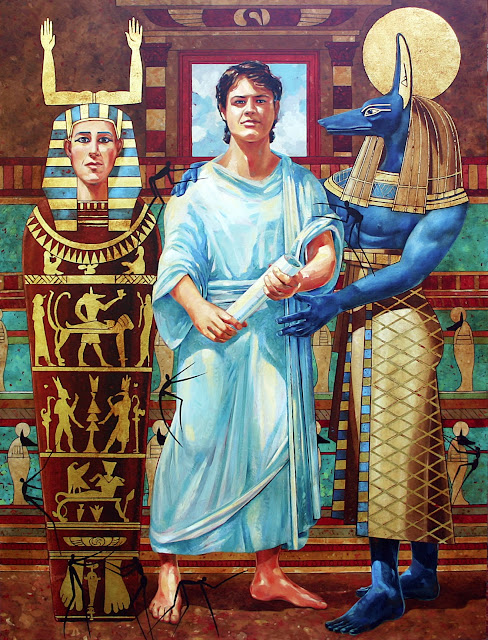 'Saqqara, Oil on Panel, Gold Leaf, 48x36 in. In the Greco Roman Egyptian region known as Fayum or el Faiyum, the Egyptian cult of the dead inspired unique portraits that were bound to the mummified body.  As such they became by definition objects of worship.  Each was an intimate and symbolic part of the mummy with which it was found.  The portraits were regarded not just as representations but as the immortal surrogates of the dead.  Men were identified with the god Osiris and women with the god Isis. The mummies were considered to be essential for life after death according to Egyptian rituals and the portraits were sourced in style by the naturalistic traditions of Greece. The Faiyum portraits are thought to have been painted from ‘sittings’ done during the youth of the subject and kept in the subject’s home until death, when the were placed on and bound into the mummy as the face or soul of of the deceased. The image (above) is my contemporary interpretation of a s
Post a Comment
Read more
More posts