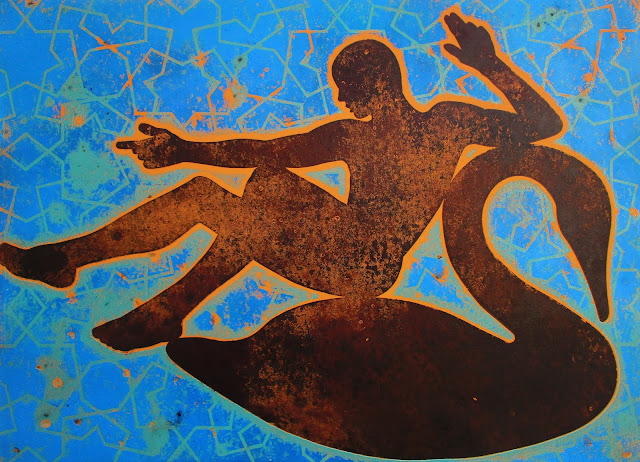 "Cygnus"  Monotype Print Cygnus is among the most recognizable and brightest constellations in the Northern sky from June to December.   Look up. Of course those are heavenly wings spread; a beak and tail!   Yes, I see a swan! According to Ovid, Cygnus was a close friend, maybe lover, of Phaethon.   Phaethon died (by his grandfather Zeus’s lightening bolt) when he recklessly scorched the earth while driving the family’s (Sun) chariot. Poor Cygnus’s grief for his beloved transformed him into a swan fearful of fire from heaven and so he chose to live in damp marshes, lakes and rivers. “As he mourned, his voice became thin and shrill, and white feathers hid his hair. His neck grew long, stretching out from his breast, his fingers reddened and a membrane joined them together. Wings clothed his sides, and a blunt beak fastened on his mouth. Cygnus became a new kind of bird: but he put no trust in the skies, or in Zeus, for he remembered how that god had unjustly hurled
Post a Comment
Read more
More posts