Showing posts with the label The Illiad
Show all 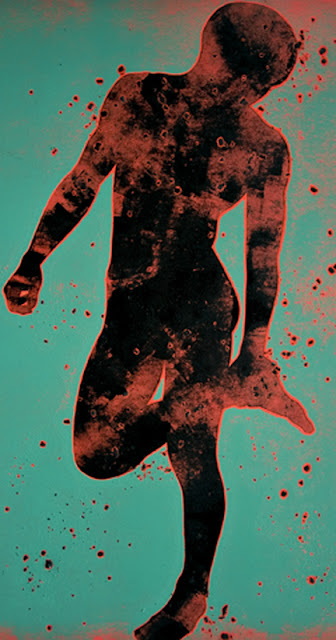 Achilles by Carol Ann Duffy Myth’s river – where his mother dipped him, fished him, a slippery golden boy flowed on, his name on its lips. Without him, it was prophesied, they would not take Troy. Women hid him, concealed him in girls’ sarongs; days of sweetmeats, spices, silver songs … But when Odysseus came, with an athlete’s build, a sword and a shield, he followed him to the battlefield, the crowd’s roar, And it was sport, not war, his charmed foot on the ball … But then his heel, his heel, his heel … Carol Ann Duffy, Britain’s Poet Laureate 2009, composed this poem on the occasion of  footballer David Beckham’s injury to his Achilles tendon. Achilles Heel is my Monotype Print (30 x 15 1/4 in.) created for exhibition in my studio during the 2012 Vashon Island Art Studio tour.
Post a Comment
Read more
More posts