Showing posts with the label South Africa
Show all 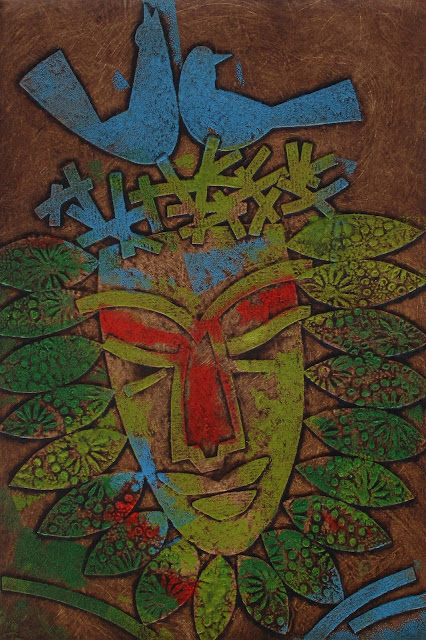 Baobab is Africa's tree and also what I have named my Green Man collograph. Baobab trees are  indigenous to 31 African countries.  Because the Baobab has a fibrous bark  and has no tree rings, it’s not clear how long the tree lives, though experts say a Baobab may live for 500 years, others estimate as many as 2000! By any standard the Baobab is the living elder of plants on a continent which reveres elders. Many myths and legends are associated with the Baobab.  Stories of the mischievous spirits that reside within them were collected by  explorers of East and West Africa in the early twentieth century.  In the Northern Cape Province of South Africa some people still believe wood spirits inhabit the flowers of the Baobab and it's said that those who pick them will be eaten by lions! In many African communities the tree is recognized as a deity who has decided to live among humans. Village life and it's rituals are celebrated beneath it.  In Burkina Faso, a mournin
Post a Comment
Read more
More posts