Showing posts with the label Peter Green
Show all 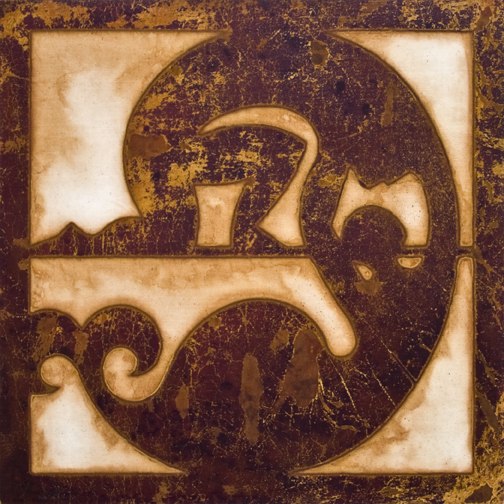 Hylas, Lost to Love  14  x 14 in.  Rust Monoprint Apollonios Rhodios wrote his version of the Argonautika, the story of Jason and the Quest for the Golden Fleece, in the 3rd century BC but this Hero's story is probably the oldest extant Greek myth. When I began my investigation of “rust” as a medium for creative process a year and a half ago I decided to make the Argonautika the subject for my personal quest and chose Peter Green’s translation of the Argonautika as source for my imagery.  Below, Green describes the fate of Hercules companion, Hylas in a significant chapter of the Argonautika. 'Hylas, then, came to the spring that was known as The Fountains by local inhabitants. Just now, as it chanced, the dances of the nymphs were being held there; for it was their custom, that of all the nymphs who dwelt around that lovely mountain, ever to honor Artemis with nocturnal song. Now all whose haunts were hilltops or mountain torrents, the guardian wood nymphs, these were
Post a Comment
Read more
More posts