Showing posts with the label Oliver Wendel Homes
Show all 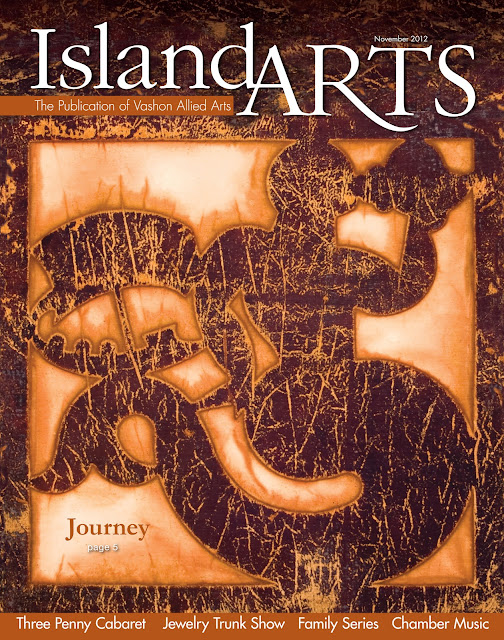 Vashon Allied Arts’s monthly publication Island Arts selected my Rust Print, Triton , for the November cover and to represent our Journey exhibit currently at the Blue Heron Gallery! Triton, herald and son of Poseidon calmed storms and frightened the immortals when he blew upon the conch shell that was his symbol.   When the Argonauts found themselves lost in the deserts of Libya, blown inland by storm, Triton in the guise of an ordinary but incredibly strong man carried their ship Argo to the shores of Lake Tritonis.   Recognizing that the miraculous had taken place a sheep was offered as sacrificed by the Argonauts and Triton who had disappeared into the waters of the lake reappeared in his true form to accept their sacrifice and point them their way.   A favorite poem of my mothers was the Chambered Nautilus by Oliver Wendell Homes. It references Triton’s wreathed horn and I hear her voice when I read these final stanzas... Thanks for the heavenly message brought by the
Post a Comment
Read more
More posts