Showing posts with the label Japan
Show all 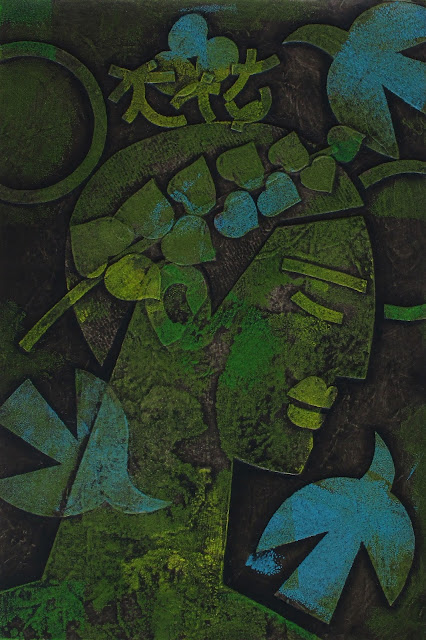 Katsura is my Green Man collograph named for the beautiful Katsura tree, native to China and  Japan.  Please visit Brian Fisher Studio and Katsura during the Vashon Island Art Studio Tour May 6,7-13-14. This Green Man is inspired by the mythic Japanese Kodama, spirit guardians and animated souls of the mountain forests of Japan.  Kodama spirits are revered by Japanese as gods and protectors  of trees. The Kodama bless the land around their forest with fertility.  The villagers who find Kodama inhabited trees designate them with sacred rope known as a Shimenawa.   Japan honors nature and these sacred Kodoma spirit trees are often found within the grounds of Shinto shrines and Buddhist temples.
Post a Comment
Read more
More posts