Showing posts with the label Demeter
Show all 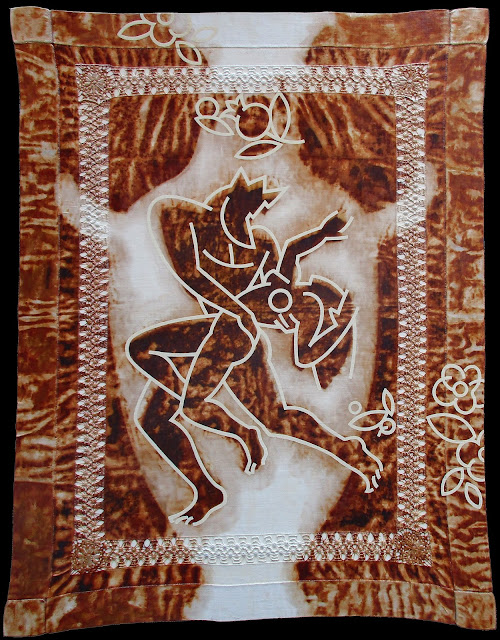 "Hades Takes A Wife"  Rust print on vintage linen over panel, 36 x 28 in. "Hades Takes A Wife" depicts the abduction of Persephone by Hades; the first act in the Greek foundation myth explaining the cycles of nature and symbolizing the cycle of life and rebirth. Hades ruled the Underworld alone and desired a Queen to rule with him.  He fell in love with Persephone but knew Persephone’s mother Demeter, goddess of harvest and fertility, would never consent to his proposal.  So, Hades appealed to a higher power, his brother Zeus (Persephone’s Father) who agreed to the union but foresaw Demeter’s objections. Together they decided Hades would steal Persephone from her mother. One day while Persephone picked meadow flowers a cavern opened at her feet and Hades took her down, down to his Underworld Kingdom.  Demeter frantically searched the world for her lost daughter but of course she was no longer of the world.  Eventually she discovered what had really happened but
Post a Comment
Read more
More posts