Showing posts with the label Debi Shandling Crawford
Show all

Eight Quartermaster Press artists accepted the challenge to create new work inspired by the Tacoma Art Museum's print collection.  The resulting exhibit is a spectrum of print process with etchings, linocuts, collagraphs, and monotypes and is as visually complex and compelling as the work that was it's inspirational source.

QMP members have also demonstrated collography and monotype print process during the course of the exhibit.  Above and below are a few photo highlights from the  Quartermaster Press ex…
Post a Comment
Read more 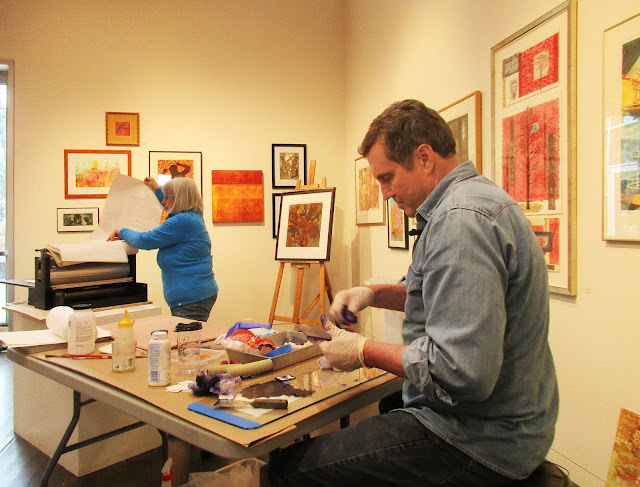 Here is a YouTube link to the Collagraphy Demonstration by Brian Fisher, filmed last weekend, April 14, when Brian Fisher and Debi Shandling Crawford demonstrated Collagraphy plate and print making in the Vashon Center for the Arts, Koch Gallery to a receptive audience of art and print enthusiasts. Thanks VCA and Rick Skillman's video crew for filming the event!

Basically, a Collagraph plate is made by gluing relatively flat or thin elements to a substrate.  In this demonstration paper was glued to a plexiglass plate to create shallow relief that was then inked as an intaglio and relief plate, then printed to paper on a small etching press.

This was just one of the QMP 25 special events.  Next weekend, Saturday April 28 at 1:30 Quartermaster Press and Brian Fisher will host "The Collectors Conversation" at Vashon Center for the Arts.  We’ll find out what draws people to collect artwork,  the benefits of owning a work, how a piece might change as it becomes part of one’s d…
Post a Comment
Read more 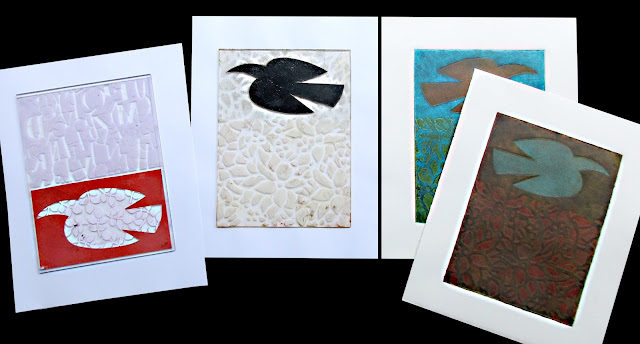 Brian Fisher, assisted by Debi Shandling Crawford, will share the art of Collagraphy plate and print making tomorrow, April 14, in the Vashon Center for the Arts, Koch Gallery at 1:30 pm.  Art and printmaking enthusiasts please join us to learn about this very simple way to make and print a collagraph.

Collagraphy refers to a collage of materials glued to a substrate to create a printable plate.  Ink may be applied to the high surfaces of the plate with a brayer, like a relief print, or ink may be applied to the entire plate and then removed by wiping from the upper surfaces leaving ink between and around collage elements, resulting in an intaglio print.

This demo is the first of many scheduled events (check out the VCA link above for dates) in celebration of the Quartermaster Press Studio's 25 Anniversary. 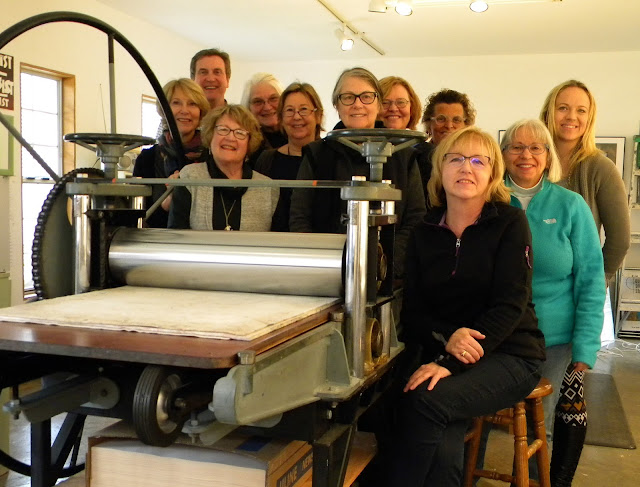 Quartermaster Press, the Vashon Island Print cooperative, celebrates its 25th anniversary with an exhibit of current and past work by members. Expect many talks and print demonstrations throughout the two months the show is hanging, April 6 - May 25.  Location and dates for events can be found at Vashon Center for the Arts Koch Gallery.  The opening is April 6, and first talk by Valerie Willson will be at 5:30 during Vashon's First Friday Art Walk.  Please join the celebration!