Showing posts with the label Beth Dunn
Show all 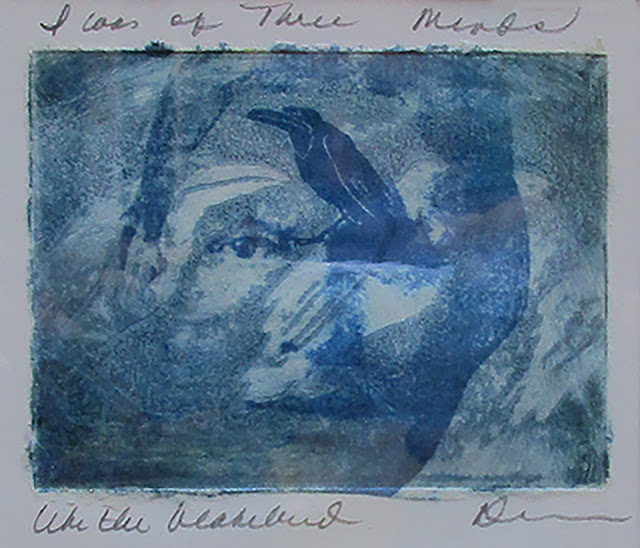 Print artist Beth Dunn has been an intermittent and influential Quartermaster Press member since she first began printing at QMP in the late 1990’s.  When she gave her photo exposure machine to the Vashon Island print collective, she forever changed the equation of print variation at QMP.

Below is Beth’s photo engraving “I Was of Three Minds Like the Blackbird” inspired by Wallace Stevens’s Thirteen Ways of Looking at a Blackbird. It will be one of many prints by QMP members exhibited on the “Collectors Wall” in the Lobby at Vashon Center for the Arts during the QMP 25 Retrospective Exhibit, April 6 through May 25, 2018.

Here is another from the ”Collectors Wall”, a collage created by Quartermaster Press artists in 2003.  It also contains a Stevens inspired compositional element by Beth Dunn. 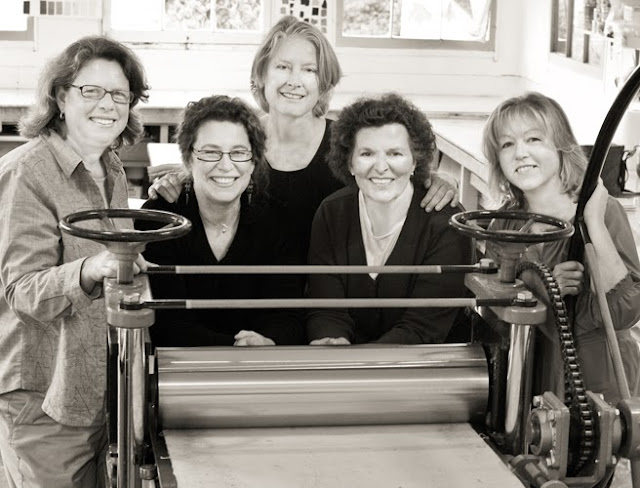 Quartermaster Press celebrates it's 25th birthday!  The party and exhibit by past and current QMP printers begins April 6, 5:30 PM at Vashon Center for the Arts Koch Gallery.  Below is a publicity photo taken in 2010 at the original QMP studio just two years before it moved to its' new sunny and central Vashon address at the historic Beall Greenhouses, 18531 Beall Rd SW.  Left to right are members Edith Sehulster, Francesca Fuller, Beth Dunn, Suzanne Moore and Lisa Guy .  (Thank you Michael Rosenberg for our photo!)

Below is the exhibition invitation that the 2010 publicity photo above was taken for.  A show about diversity in print process.  That's something that members of Vashon's print collective, Quartermaster Press have always pursued in real time!  Discovery as process!