Showing posts with the label Angel
Show all 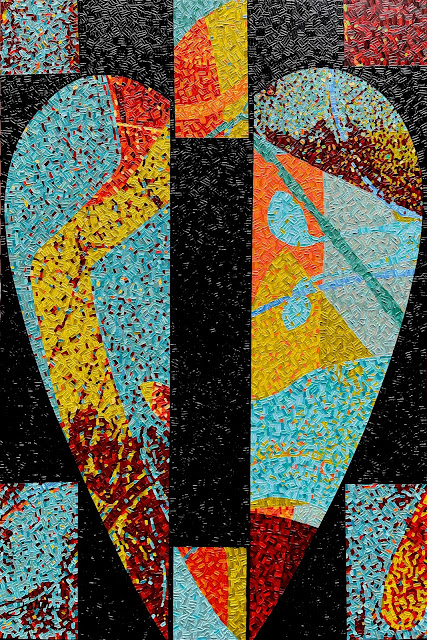 Gabriel, Angel of Communication, Oil on canvas over panel, 36 x 24 in. The English word angel, derived from the Greek ἄγγελος, means messenger.   No where in the Bible are these messengers described as winged nor are they represented in that way in early Christian art.   Sometime in the later part of the 4th century however, Angels appear suddenly to have grown them or at least artwork began depicting divine messengers complete with wings and another fashionable innovation of the period, halos.   My Angel imagery is primarily inspired by the paintings of the early Italian Renaissance artist Fra Angelico.   I have always admired his various depictions of the Annunciation and his rendering of Angel Gabriel's technicolor wings! Gabriel and other paintings in oil and monotype print are in my show about angel story August 5- 28, at Roby King Gallery on Bainbridge Island.  Opening night is 1st Friday aug 5th, 6-8pm.
1 comment
Read more 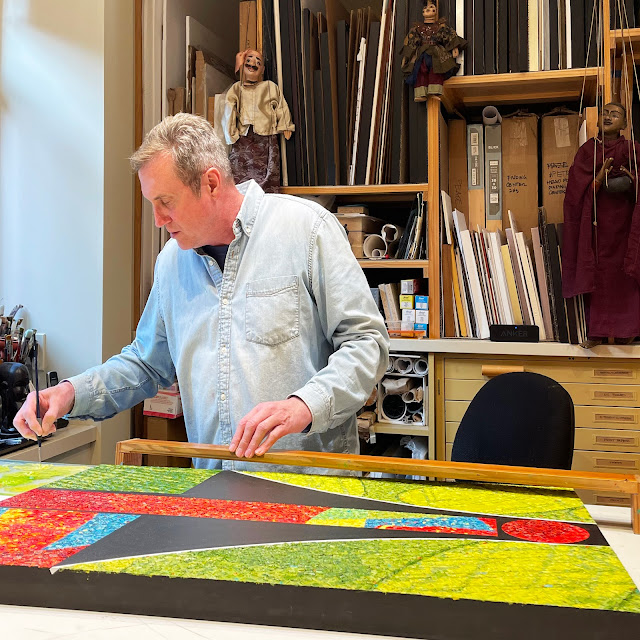 The 2022 Notable Show at Vashon Center for the Arts Gallery opens Jan. 7. I've been working on angel myth as subject in paintings and monotype prints since early 2021. It's so satisfying to see work finally coming together. Michael, Angel of Strength, shown here, is the last of four oil paintings on canvas over panel for the exhibit.  My inspiration for these paintings and prints are Italian   Renaissance   artist   Fra Angelico’s “Technicolor” angel winged paintings of Gabriel, the Angel of the Annunciation and my sincere curiosity about the human need for answers and explanations .    Our love of the evolving narrative always intrigues me !
1 comment
Read more 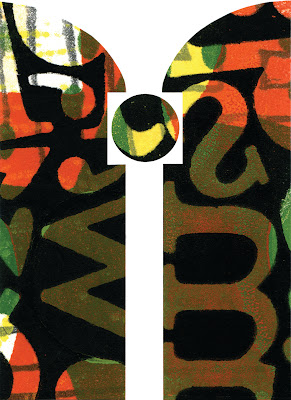 Ariel, Giclee Print, (8.75 x 6.5 in.) Jophiel , Giclee Print, (8.7 x 6.5 in.) I have completed ten collages created from monotype papers around the subject of Angels.  These images will be exhibited as an editioned series of Giclee Prints in my studio during the 2011 Vashon Island Holiday Studio Tour.   Above and below are four of the ten images. Winged beings have played mythic roles in many cultures through time. Zetos and Kalais, the winged sons of Boreas, God of the North Wind, were two of Jason’s companions in the Argnautica.  Though Hermes, Zeus’s express messenger, wore his wings on his boots, his Olympian compatriots Nike and Cupid wore theirs where we have come to expect, sprouting from their shoulders.   That’s generally where you will find them attached in depictions of Valkyries in Norse tradition, Faeries in Celtic myth and of course to Cherubim, Seraphim and depictions of Angels in contemporary Jewish and Christian tradition. The Engl
Post a Comment
Read more
More posts